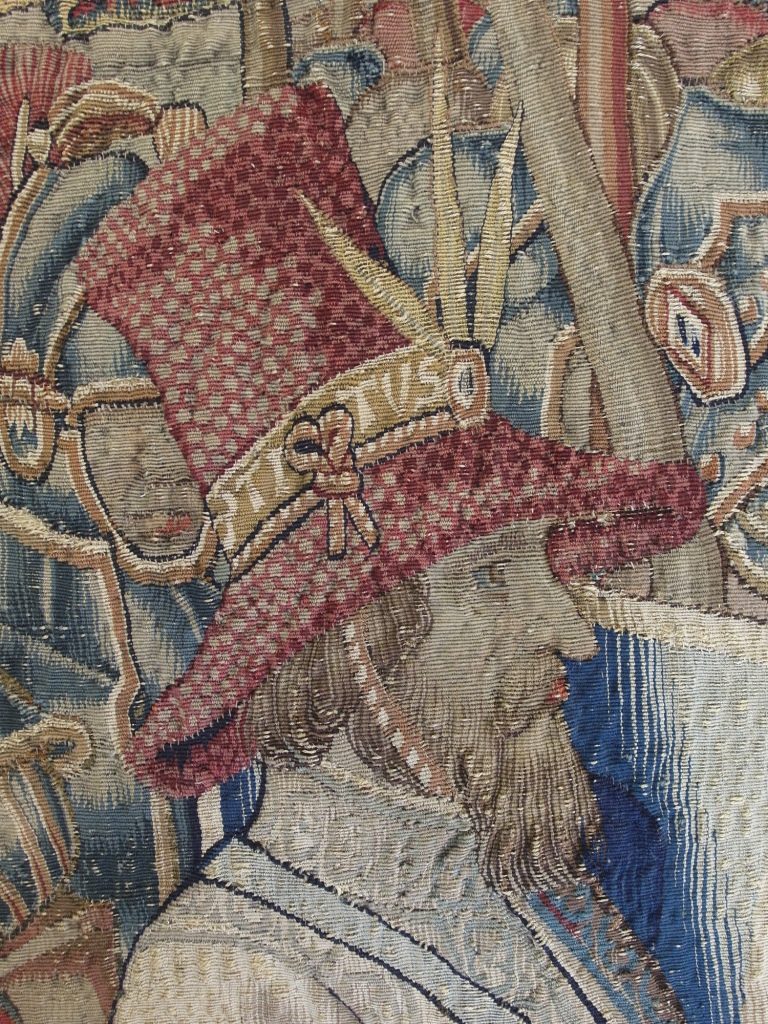 Best New Year’s wishes to all!

Many of you will have received our Christmas card, this year depicting the Roman Emperor ‘Titus’ in a detail of the “The Triumph of Prudence” a 16th century tapestry  belonging to the National Museums of Scotland.

We previously posted a short video about the work:   http://www.mbtexcon.co.uk/the-triumph-of-prudence-unveiled-at-the-national-museum-of-scotland/

2017 promises to be a very important year for us as we are celebrating the 10th Anniversary of the Studio.  Do keep an eye on the website, and announcements of our celebratory events will follow….

Up and Coming News – Sudbury’s Second Festival of Silk !