The wallhangings in the Queen’s Antechamber at Ham House, Richmond were a large project for us that was ongoing for several years and included extensive research.

Before work was commenced on the hangings it was thought that they were the original wallhangings from the 17th century, the inventory from 1683 stated that the damask was blue and the current yellow appearance was attributed to fading. Once treatment of the West Wallhanging began however it became clear that the damask panels had been replaced in the 19th century during restoration of Ham House commissioned by the 9th Earl of Dysart and carried out by G.F. Bodley and T. Garner. Research showed that the replacement damask was a reproduction of the original pattern, however in a different colour, produced by Watts & Co and called ‘Dysart’ which ties it nicely to Ham House.

The North Wallhanging was in a very fragile condition with extensive light damage causing fading and disintegration of the fibres. The velvet in particular had lost much of its pile and become very thin and vulnerable. The wallhangings were also very dusty, especially along the top border. The damask panels had previously been repaired in the 1960s using a shellac adhesive on a silk net support which had darkened with time and become brittle.

The wallhanging was reinstalled in the Queen’s Antechamber, requiring eight people and a great deal of organisation to return the wallhanging safely to the North Wall.

This project was followed by a number of different projects in which coincidentally the same fabric design was seen. This has led to much discussion and research which has been enlightening and very interesting. May presented a paper at the 2014 Icon Textile Group Spring Forum (March 2014), postprints of which will be available soon.

More photographs of the Queen’s Antechamber at Ham House can be seen in the National Trust Photo Library: 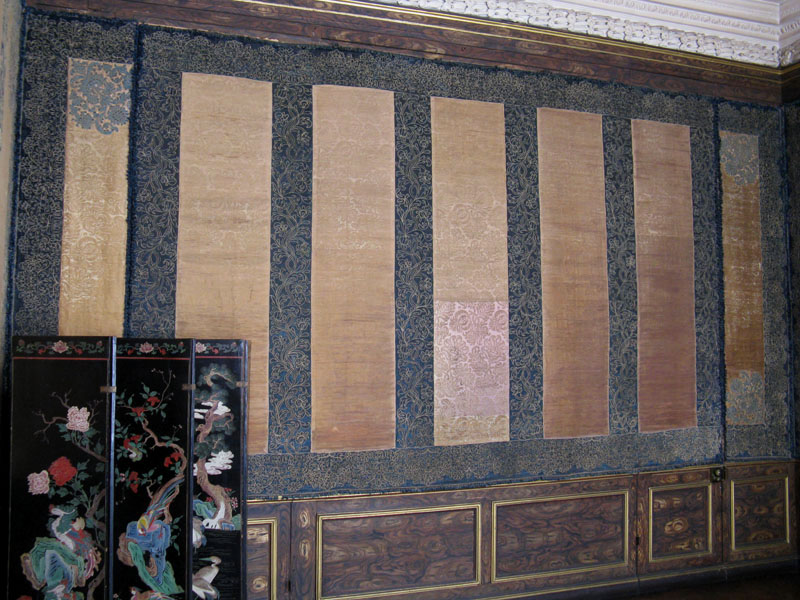 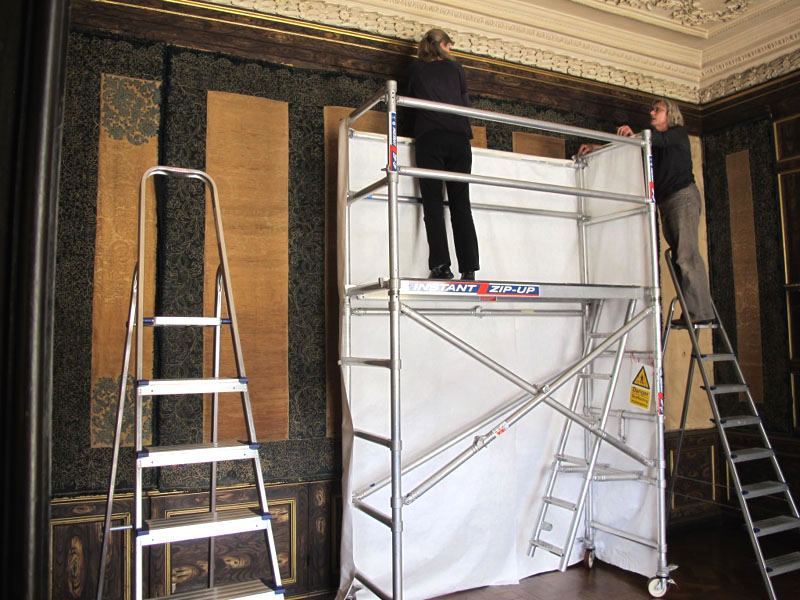 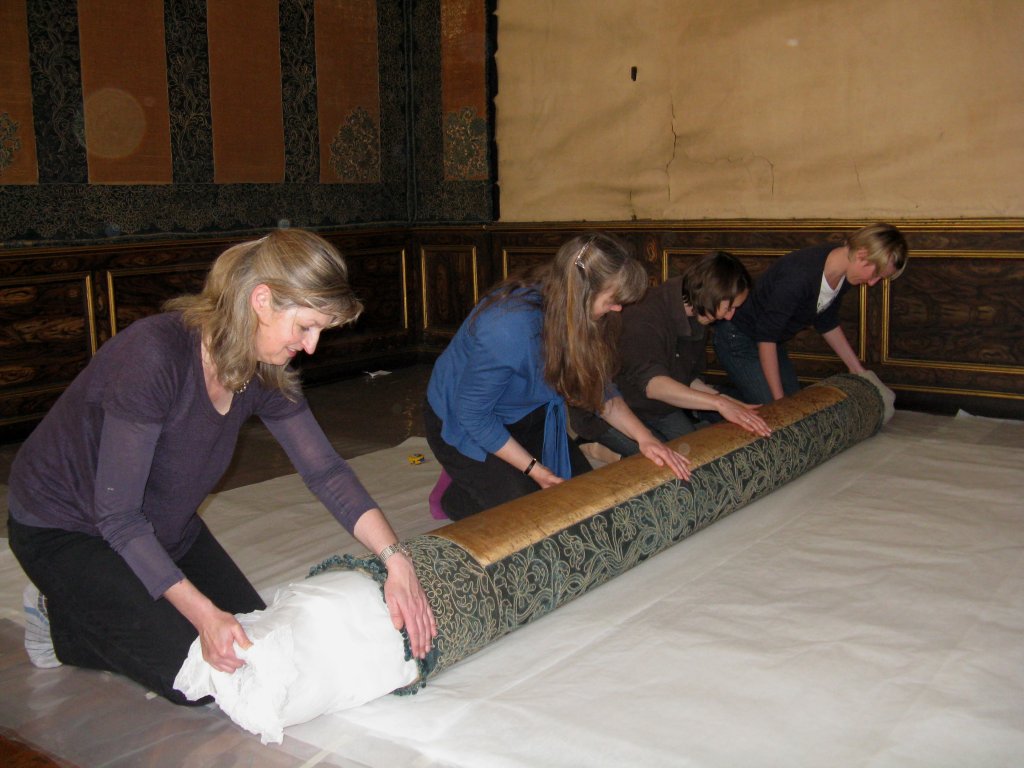 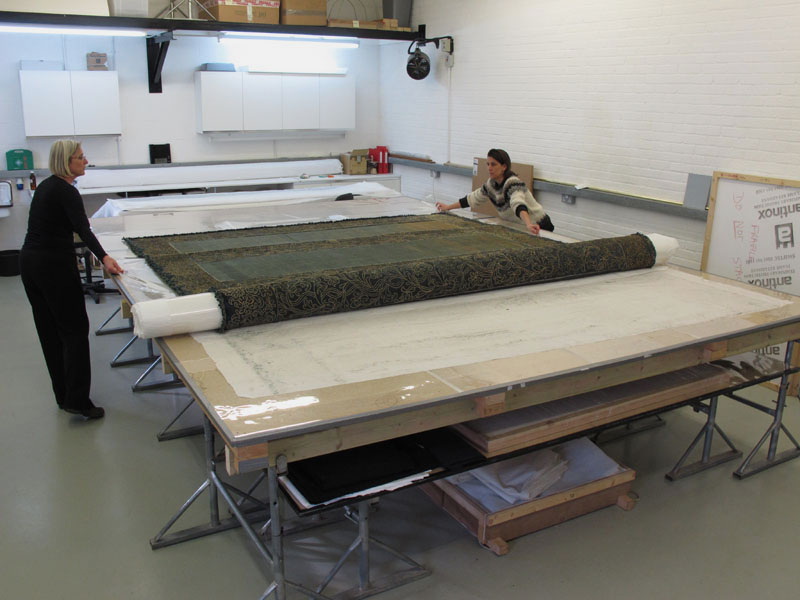 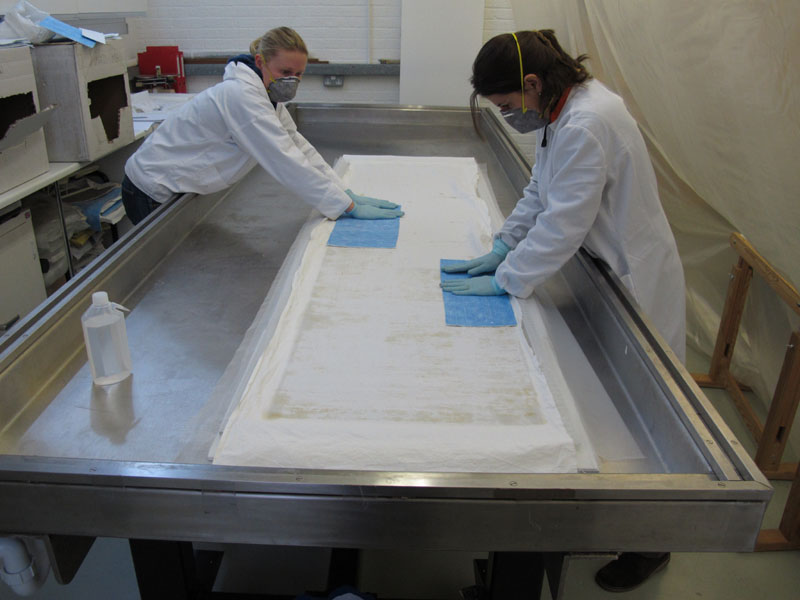 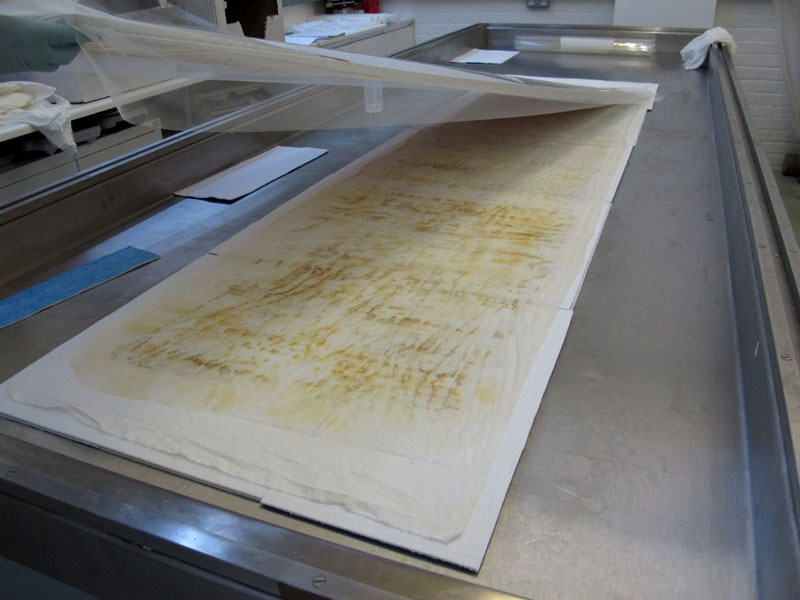 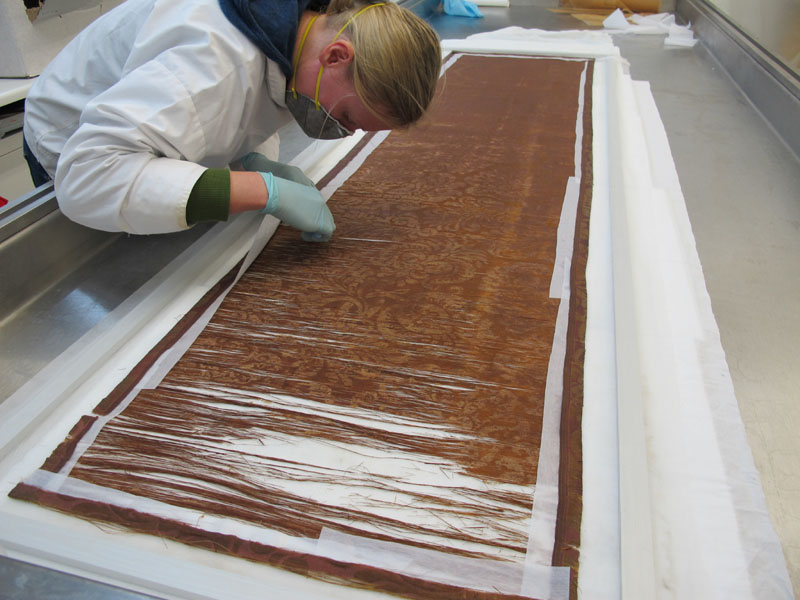 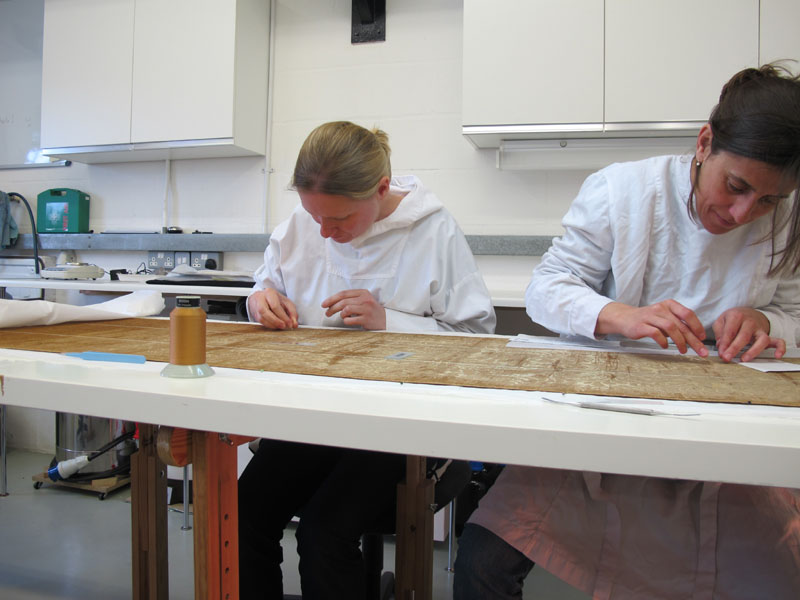 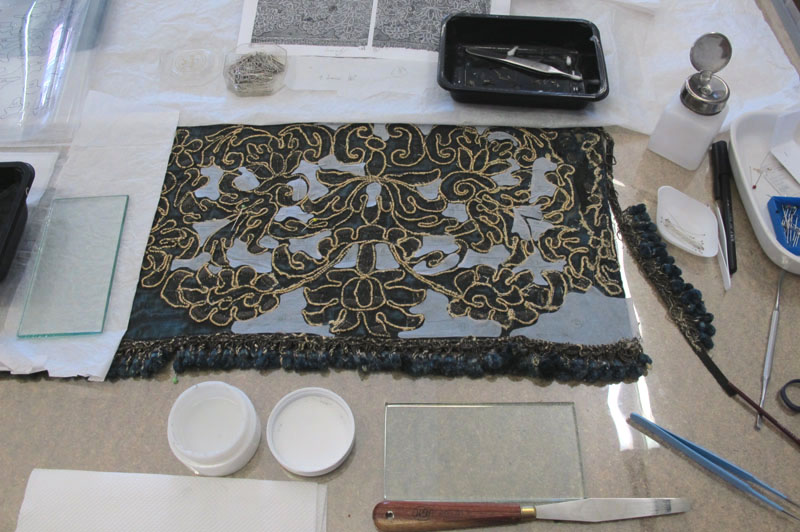 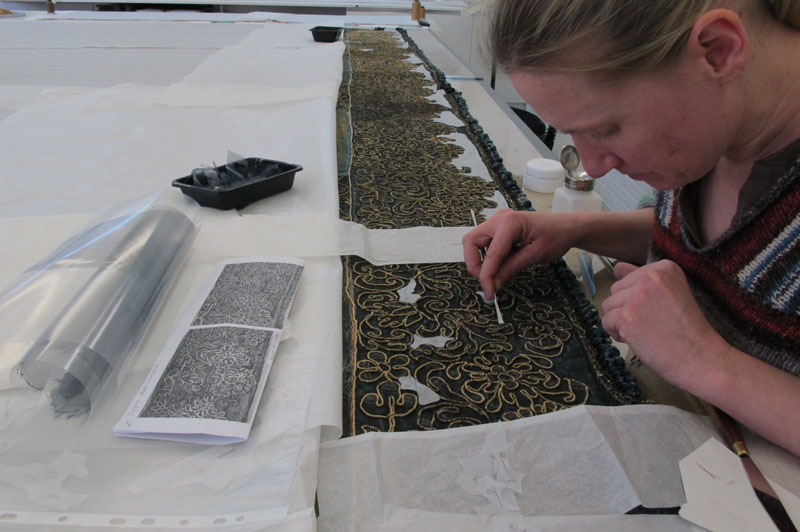 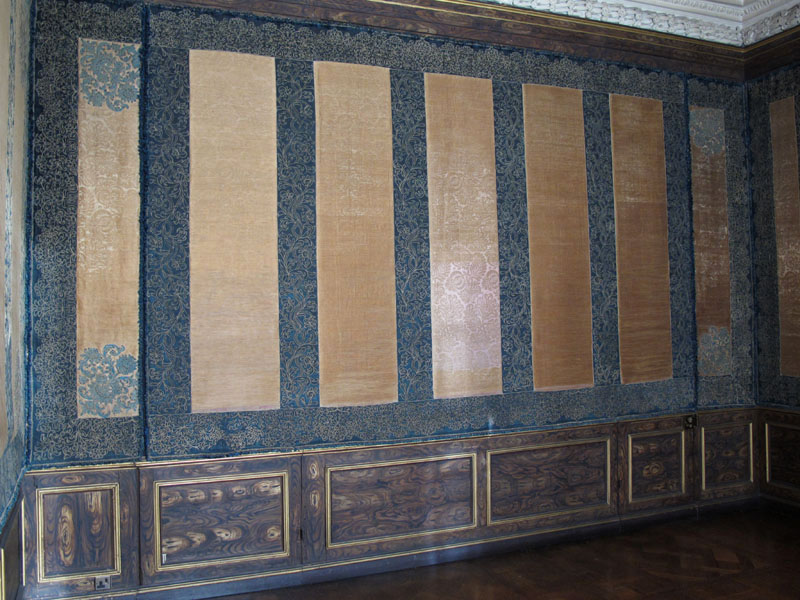