Dress for the War: Costume Mounting Uniforms for IWM Duxford

Dress for the War: Costume Mounting Uniforms for IWM Duxford

The costumes included a mixture of male and female, military and civil clothing, and accessories, all related to the American Forces based in the UK, from the first World War to present day.

The variety of objects ranged from WWI uniforms, pilot jumpsuits, a wedding dress and even a military officer’s jacket worn by American actor James Stewart.

Each costume was accompanied by information and photos of the people who had worn it, along with their own personal stories and how their lives had been shaped by their experiences of war.

This was a very different Costume Mounting project than we were used to.  Many of the owners of the costumes were still alive and attending the opening and were sure to be their own hardest critics regarding the size and shape of their clothed mannequins!  We were lucky enough to meet some of them at the official opening, including Kate Adie (who was very pleased with her mannequin!).

Working at Duxford also involved the collaboration and supervision of many volunteers.  They formed a crucial part of the Museum’s team and it would not have been possible to mount 81 mannequins in such a short space of time without them! 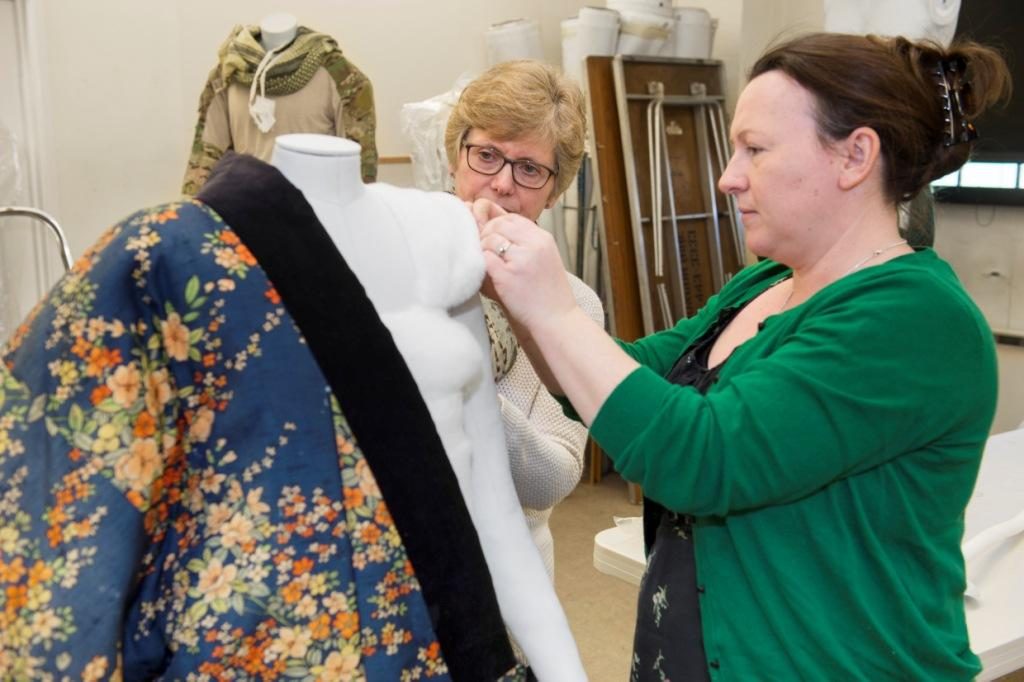 Along with the mounting, a few objects were conserved at the studio, like this wedding veil worn by the young English Peggy Albertson at her wedding in 1946.  She met her husband Joe, an American Airman, whilst working with the Women’s Land Army as a Land Girl. 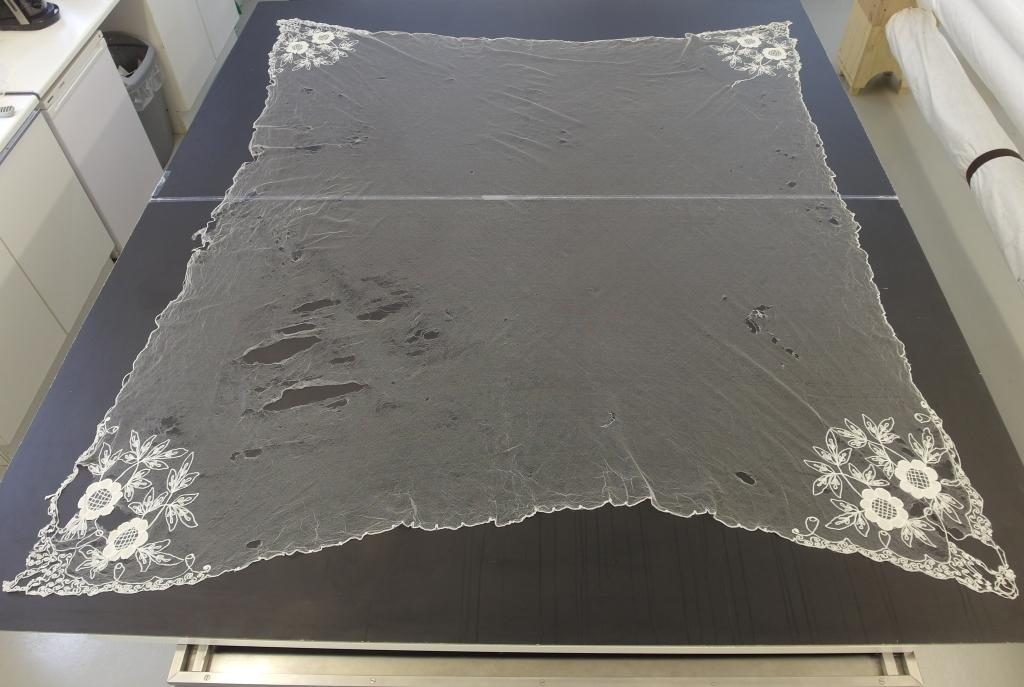 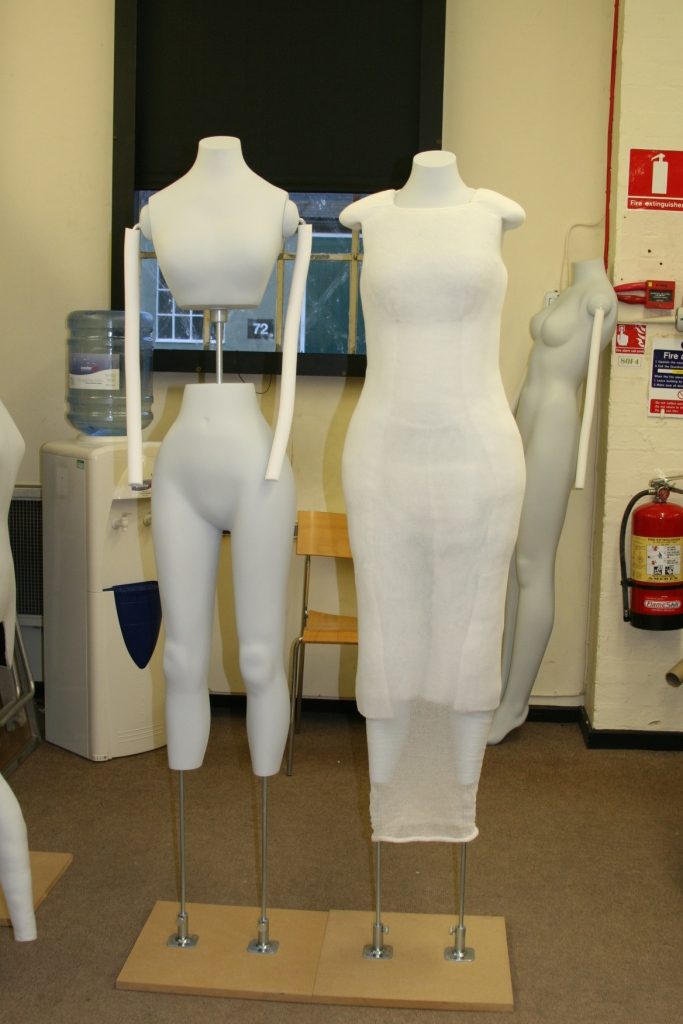 Mannequin for Mrs. Albertson’s wedding dress before and after supporting shaping

The new exhibition display is now open to the public. Follow the link for more information: